For years, I have listened to my friend Carley describe the ruggedness of “The Last Frontier,” sharing stories of close encounters with bears and describing the beauty of the mountains. Upon planning a trip down the Seward Highway with the Cotopaxi crew, I couldn’t help but research where we could find climbing in Alaska.

I went to Mountain Project first, which described the rock along the highway as “loose rock and general choss,” essentially translating to dangerous and no fun. Climbing Magazine #218 voted the area the worst crag in America, and the writers at Rock and Ice wrote similar reviews. 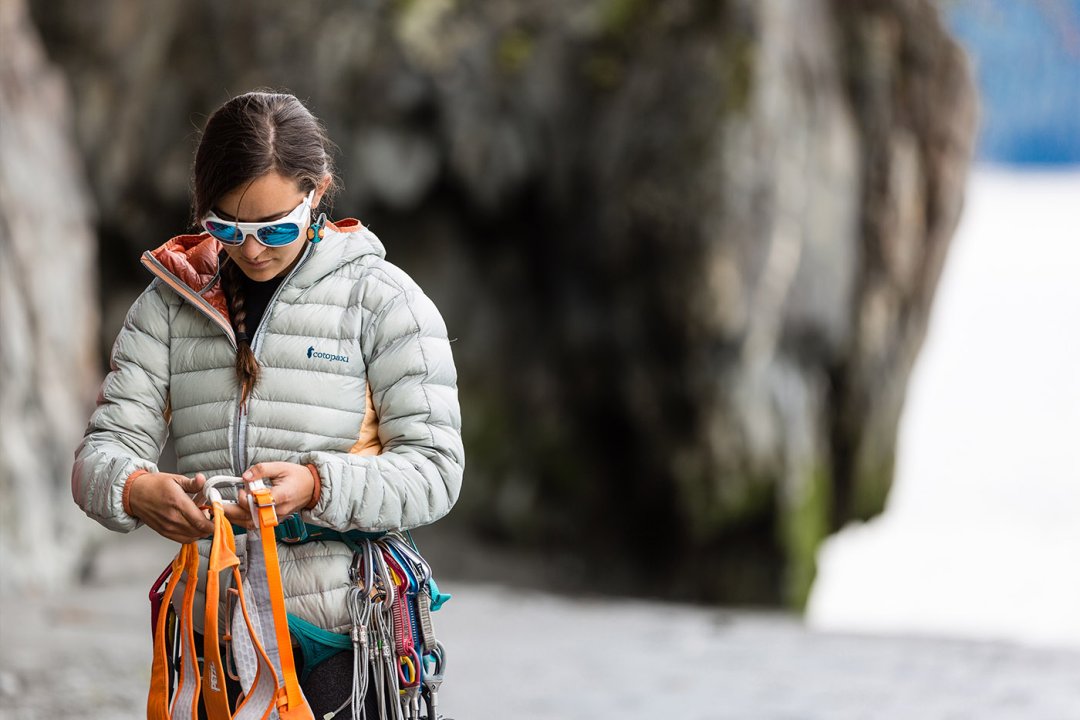 Article after article forced me to realize that this was not going to be the most epic climbing adventure, but past experience taught me not to leave my climbing gear behind.

It’s happened before in Guatemala and in Chile. I make plans to do something other than climbing, and every time I make the decision to cut the weight of carabiners and ropes, cams and shoes, I regret it. Some magical rock protrudes from the ocean or I run into local climbers only to realize I don’t have my gear. That was not going to happen this time around.

“And every time I make the decision to cut the weight of carabiners and ropes, cams and shoes, I regret it.”

The night before we set out, I organized all of my gear in preparation for our day at Mosquito Ledge. The stoke was beginning to rise for the coming day of choss-aneering (climbing terrible rock). 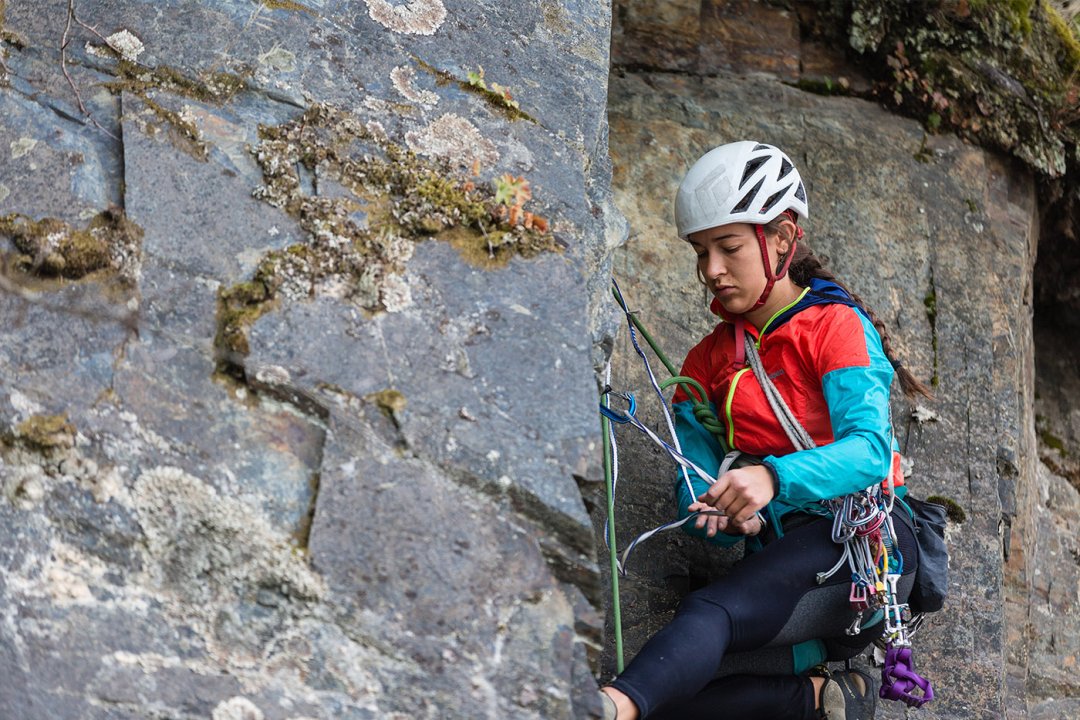 We began the day with no expectations, driving slowly toward our destination, when off to the east of the highway, I spotted a beautiful crack splitting the face of a giant rock structure bordering the ocean. I had no idea if it was climbable, but I had to see for myself.

The rock quality was questionable, but the crack was climbable, so I geared up. With Chris belaying me, I found my way up the route, placing gear along the way. The fragility of the rock made the otherwise easy route exciting, having to test every hold multiple times before trusting it. At the top I built an anchor and set a top-rope to give everyone an opportunity to try my new route, Halibut Chunks 5.7, named after Allison’s dinner the night before.
For Emily and Mike, it was their first time tying in. Their nerves were apparent as I talked them through the system, both of them placing their safety in my hands and trusting that I knew what I was doing. One by one they climbed the route, joy apparent by the giant smiles on their faces. 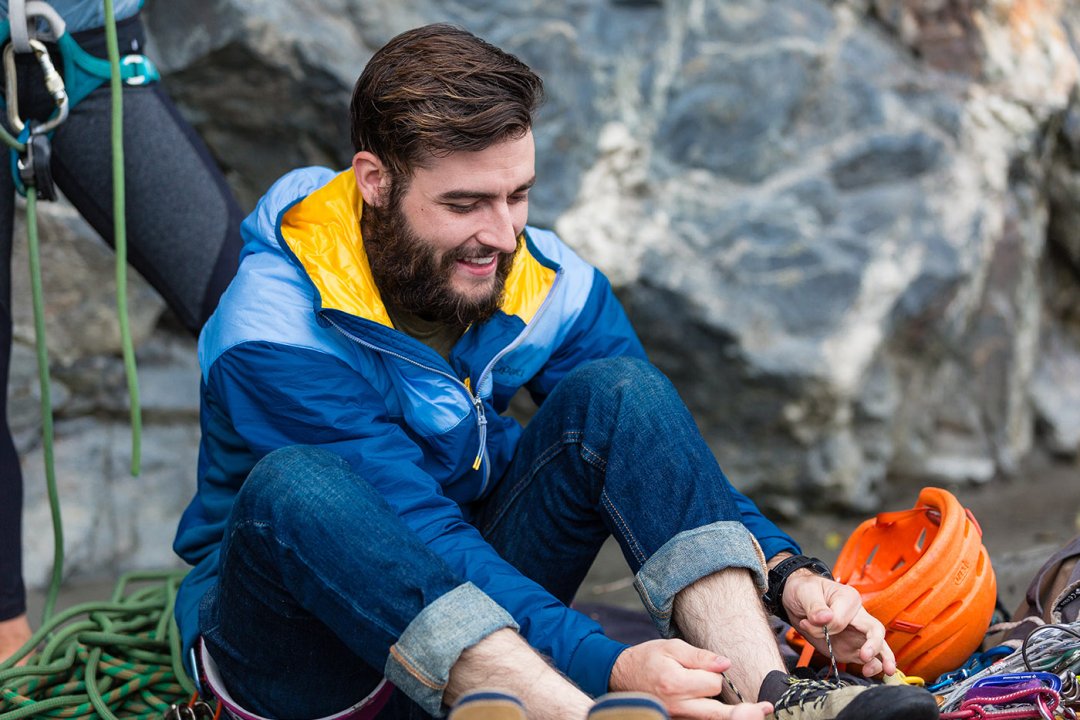 We spent the rest of the day taking our time with the drive, stopping at random pull-offs and taking advantage of the boulders hanging over the water.

Sure, it wasn’t the most amazing rock or the most epic climb, but that’s the beautiful thing about climbing—it’s about sharing a passion and experiencing a place you couldn’t any other way. 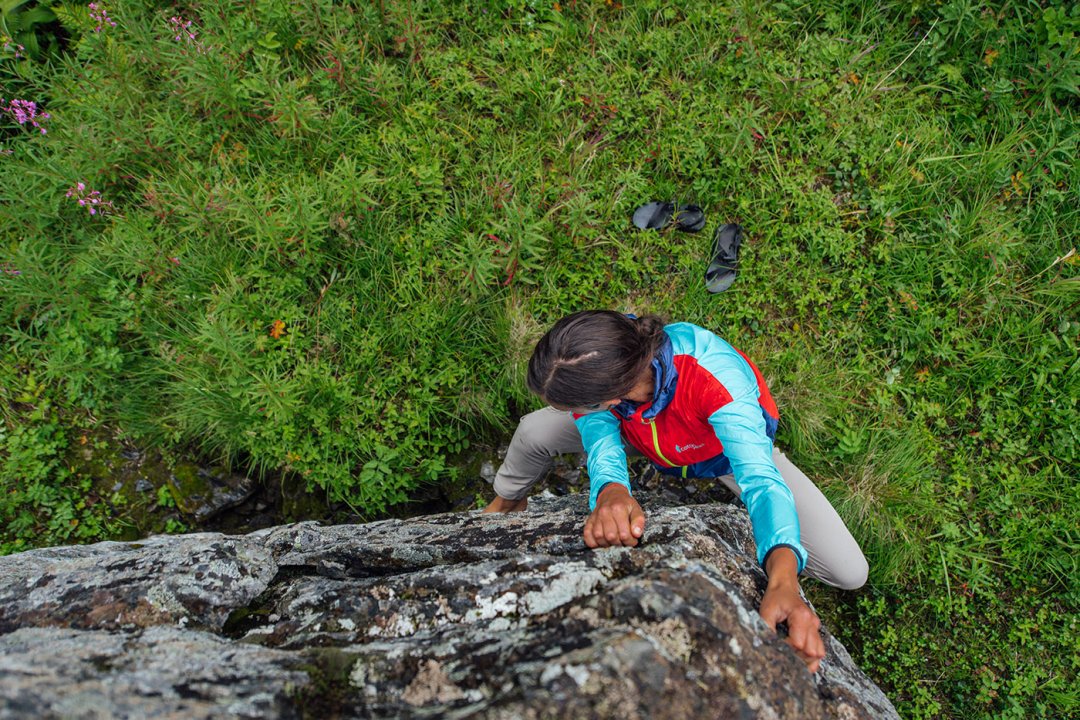 Lizzy VanPatten (@lizzyvanpatten) lives out of her 2000 GMC Savannah climbing, guiding, and playing music at different climbing areas throughout the world. In the last few months she has become a certified rock climbing guide through the American Mountain Guide Association, and began running women-specific climbing courses aimed at developing self-worth and strength.

4 People you Need on Your Questival Team

Getting Started in Outdoor Photography